Soon after the end of World War II, Timely Publications had already begun to shift its focus to c

1948-51 The primary Western Heroes of the MU get their start (later stories in the “Modern Marvel” era establish these gunslingers are part of MU history): 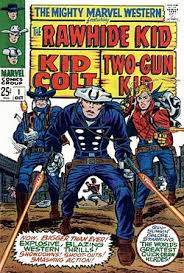 Marvel’s three main Western Heroes together on the cover of 1968 reprint series, art by Dick Ayers

1950 The only Atlas-era “superhero,” Marvel Boy, (who had grown up on Uranus!) first appeared in his own comic (title changed to Astonishing with issue #3). H After a year as something of a romance comic, stories of Greek goddess-turned-heroine Venus shift to horror themes. 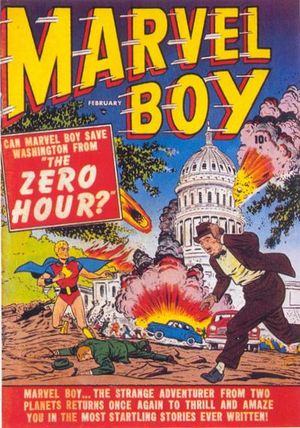 1951-52 The first issues of Strange Tales and Journey into Mystery published.  These titles and others from the Atlas Era will serve as launch publications for many of Marvel’s classic heroes of the 60s. 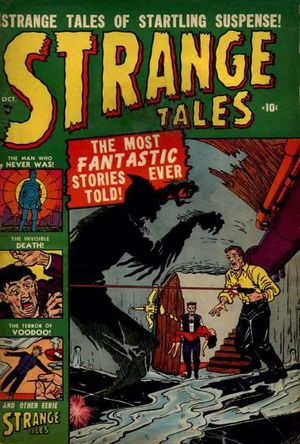 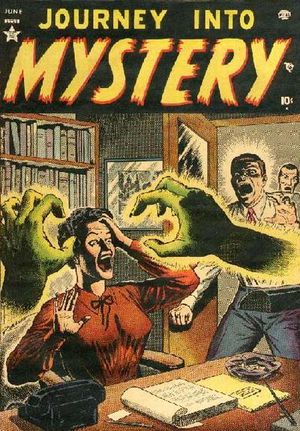 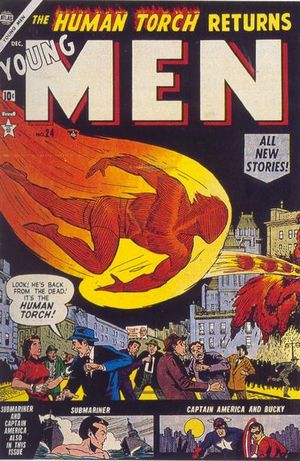 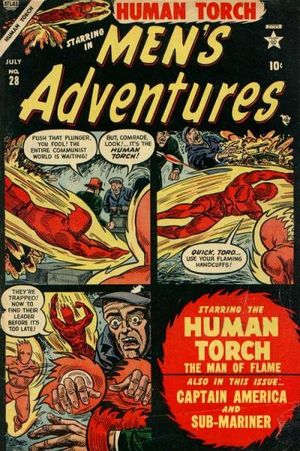 1954  Dr. Fredric Wertham’s Seduction of the Innocent published; Comics Code Authority formed after the U. S. Senate’s Hearings on Juvenile Delinquency (see details in the video).

Adventurer Ken Hale is cursed to become the Gorilla Man in a story in Men’s Adventures #26. M-11, the Human Robot, first appeared in Menace #11.

1956  F.B.I.Agent Jimmy Woo first appears in Yellow Claw #1. Two years later, Woo would become the leaders of a group of Atlas Era characters (Venus, Marvel Boy, Gorilla Man, M-11) as the Agents of Atlas.* A cousin of the Sub-Mariner, Namora, who appeared in many Golden Age stories and three issues of her own title in 1949, also was a member of the team. 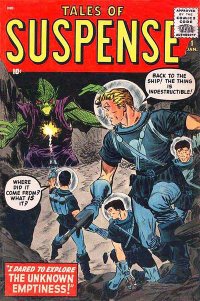 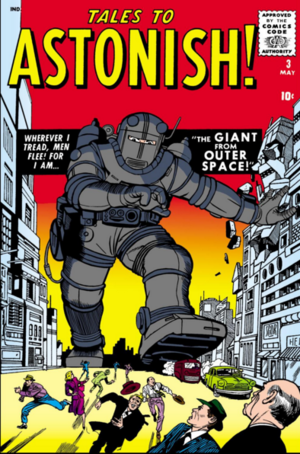 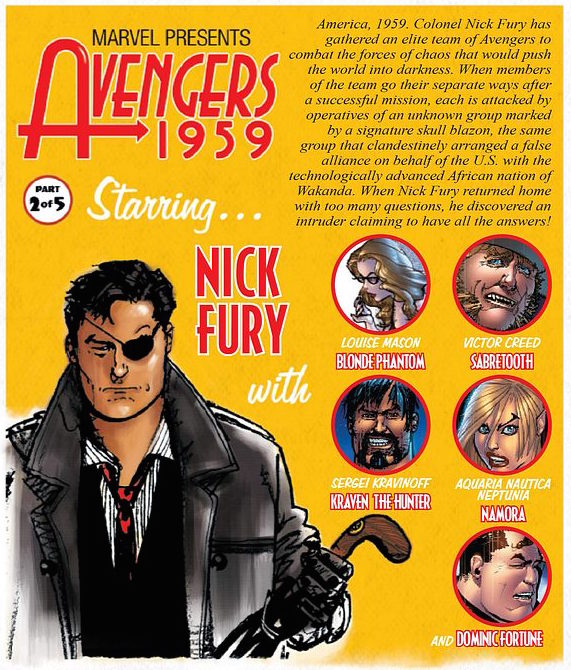 *Denotes “retrocontinuity” stories published after Marvel’s Silver-Age super-hero revival, but set prior to the events in Fantastic Four #1 (below). Marvel has made great use over the years of the art of character “retconning,” a device used to make creative changes to past stories (or in entirely new stories) to “retroactively” place them into established Marvel Universe “continuity.”  Agents of Atlas first first appeared in their own series in 2006.  Fury’s “1959 Avengers” appeared in New Avengers vol. 2 #10 and in Avengers 1959 (both 2011).

Up Next:  The “Modern Marvel Universe” is born!