This particular piece has been on my mind for some time and far too long neglected.  In response to one of my earlier “Civics” posts, written in response to last November’s elections, a former colleague of mine asked, “Where are the true statesmen?”

The tempting response, of course, is “Good Question.”  But I’ve been too long steeped in Classical and Christian traditions to let things go at that.  In fact, one of my most valued mentors, a now-retired (and highly influential) Professor of Political Philosophy, has long-ago provided the answer to this question.  He has graciously agreed to allow me to draw liberally from the well of his wisdom.  (For the full experience, see “Statesmanship and the Crisis of Political Leadership in America” by Dr. John Gueguen). 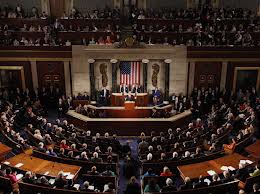 Dr. Gueguen originally presented these ideas on statesmanship to the freshmen members entering the U. S. House of Representatives in 1981.  His words ring true still, because they are rooted in truths that transcend time.  “A statesman,” he writes, “is to a politician what a master is to a painter or a composer in the arts; he is what a true champion is to an athlete in sports.”  A statesman’s aim is to “advance the common well-being of a people” through “custodial leadership” that seeks not to merely “administer affairs,” but rather to “transform them.”

True statesmanship is perhaps most difficult—but most direly needed—in the Constitutionally-based republican democracy we have in America.  In a society which so highly values equality and freedom (two values which, in obvious ways, often compromise one another), it is difficult to lead decisively because one must not be seen as “an authority standing above equals.”  Politicians thus find themselves inevitably motivated by self-interest or pandering to special interests.  A statesman has the difficult task of persuading his or her fellow citizens that a position which must be pursued is not the necessarily the popular one, nor the pragmatic one, but simply the right one.

Dr. Gueguen cites nine qualities which are essential to such a democratic statesman.

As we prepare to hear our President deliver his second “State of the Union” address tonight, take note of his demeanor and measure his words in light of these nine qualities.  But don’t stop there.  Use them as a lens through which to view the words and actions of every elected official who represents you in national, state, and local offices.

“Where are the true statesmen?”  I have faith that they are out there—though perhaps not as yet recognized or even elected.  These are the standards we should be looking for in our leaders.  They embody whatever hope we may hold for the future of this republican-democracy of ours.  We must resist the path of apathy and insist that true statesmen lead us.

Teaching and writing have been my life's work for over two decades as a journalist and educator. My degrees in History were earned at Illinois State University, and I've done additional graduate work at Lincoln Christian Seminary and Urbana Theological Seminary. Over the years I’ve led conference workshops and authored articles and book chapters on topics ranging from religious education and international student ministry to state and local history.
View all posts by Rick D. Williams →
This entry was posted in Civics. Bookmark the permalink.