The Weight of Story: Marvels and “What Really Matters”

In his essay, “On Stories,” C. S. Lewis employs the marvelous word “Redskinnery” to describe “what really mattered to him” when he read stories set in the western American frontier.  “Take away the feathers, the high cheek-bones, the whiskered trousers, substitute a pistol for a tomahawk, and what would be left?” he asks.  For him, what mattered in the story was not just the suspenseful moments or the enjoyable characters.  What mattered was the way these events and characters evoked “that world to which [they] belonged.”

Reading these words brought to mind why have long loved comic book stories set in what’s known as “The Marvel Universe.”  As much as I may be thrilled by the amazing exploits and inspired by the noble character of Captain America, what really matters (Lewis helps me realize) is the comprehensive and cohesive world inhabited by the Living Legend.  World War Two and the quest for the Super-Soldier.  The “Man out of Time” motivated by ideals rooted in a fading cultural moment.   Values he cannot help but embody in a world no longer black and white:  Stars and Stripes; the American Dream; good guys and bad guys; “Avengers Assemble.”  Outside of this important context, there’s just a muscle-bound man wearing a flag. 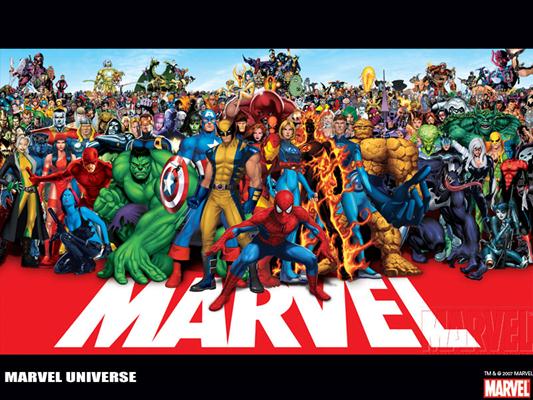 Lewis further illustrates his point by referencing H.G. Well’s War of the Worlds.  “What really matters in this story is the idea of being attacked by something utterly ‘outside’ [the treat of extra-terrestrials].  This, too, is bread-and-butter in the Marvel Universe.  From menacing “bug-eyed monsters” of the fifties and sixties to the more recent “Skrull Invasion” (and so much more!), Earth is seemingly under constant threat by alien races and cosmic empires.  Of course, the threat is never consummated, yet each time we “fear” for our home world nonetheless.  Lewis notes, “Our fears are never, in one sense, realized:  yet we lay down the story feeling that they, and far more, were justified.”  Here, however, is where things get a bit more difficult for devotees of the Marvel Universe.  As the decades pass, the increasingly-hyped, mega-event “threats” from without bring great temporal devastation but leave seemingly little genuine consequence in their wake.  The nature of the genre means the story must go on (and more comics must be sold) until the next great threat can be imagined and delivered.  The more this happens, the less (I fear) readers will continue to feel justified in our fears.

“Good stories often introduce the marvelous or supernatural,” Lewis writes, and nothing about Story has been so often misunderstood as this.”  This, too, is certainly true in the world of Marvel Comics, beginning with the introduction of a flaming synthetic man (The Human Torch) in Marvel Mystery Comics #1 in 1939.  How is such a thing—let alone all the mutants, super-humans, “gods” of various panetheons, and even “Inhumans”!—to be believed?  “It is not necessary to believe in them,” Lewis asserts.  “Belief is at best irrelevant; it may be a positive disadvantage.  Nor are the marvels in a good Story ever mere arbitrary fictions stuck on to make the narrative more sensational.”  Such “marvels,” as Lewis puts it, are fitting reflections of the “world” they inhabit; in fact, they are the bridge between those worlds and the world of the reader.  Only Steve Rogers could be Captain America because he “fits” with the context of “his world” and resonates as a character with archetypes recognized in ours.  In the same way, only Peter Parker can be Spider-Man (current events notwithstanding!). 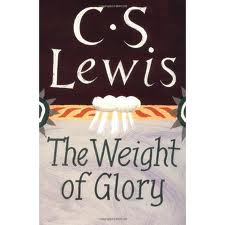 In “The Weight of Glory,” Lewis writes, “The books or music in which we thought the beauty was located will betray us if we trust to them; it was not in them, it only came through them, and what came through them was longing. These things–the beauty, the memory of our own past–are good images of what we really desire; but if they are mistaken for the thing itself, they turn into dumb idols, breaking the hearts of their worshippers.”  It may sounds silly to claim that mere comic book stories—and the “world” to which they belong—could transmit the kind of beauty, remembered past, and good images that Lewis associates with “Longing.”  At the very least, though, the Stories in Marvel Comics have for decades given me heroes whose notoriety rested in a noble heart; whose luminosity reflected the best of human virtues (these being Lewis’s “two ideas” of glory).  Even more, this glory is generally embodied in someone who could be me—or my neighbor.  “The load, or weight, or burden of my neighbour’s glory,” Lewis concludes, should be born with humility.  “The backs of the proud will be broken.  It is a serious thing to live in a society of possible gods and goddesses.”

As serious, perhaps, as a society of possible heroes and heroines, envisioned in a world of “real” ones.

Teaching and writing have been my life's work for over two decades as a journalist and educator. My degrees in History were earned at Illinois State University, and I've done additional graduate work at Lincoln Christian Seminary and Urbana Theological Seminary. Over the years I’ve led conference workshops and authored articles and book chapters on topics ranging from religious education and international student ministry to state and local history.
View all posts by Rick D. Williams →
This entry was posted in Classics, Comics, Worldviews. Bookmark the permalink.