Sons and Daughters: the Children of Narnia

The four Pevensie children at the center of The Lion, The Witch, and the Wardrobe are referred to in Narnia as “Sons of Adam” and “Daughters of Eve.”  No doubt C. S. Lewis intends for readers to see in these four children aspects of all people’s responses to the fantastic proposition that there is more to being human than  may appear “in the flesh.”  Lewis seems to make a point in many scenes where the children appear together (both in and outside of Narnia) of highlighting their individually distinctive reactions and attitudes.  Perhaps there is more for us to see here than just four children. 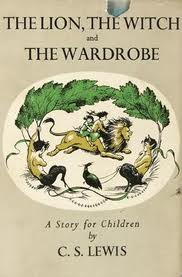 The most dramatic of such scenes is in Ch. 7 when Lewis describes each child’s response to “the name of Aslan.”  In each description we see an essential element of each character, which I think shows itself in other ways throughout the book.  “Edmund felt a sensation of mysterious horror.  Peter felt suddenly brave and adventurous.  Susan felt as if some delicious smell or some delightful strain of music had just floated by her.  And Lucy got the feeling you have when you wake up in the morning and realize that it is the beginning of the holidays or the beginning of summer.”  We all respond to the idea of God, and what His existence means for us personally, in ways that are something similar.  If we are self-centered and deceptive (like Edmund) we fear being held to account.  If we fit the mold of responsible elder (like Peter), we respond with courage.  If our sensibilities are nurturing and romantic (like Susan), our hearts take wing.  If we are naturally honest and joyful (like Lucy), we delight in the unanticipated moment of grace.

In their interactions with one another and reactions to situations in the story, the children demonstrate aspects of these basic character types.  Some situations reveal positive traits; but at times more negative responses are manifest as well.  When the four first meet the professor, their reactions to the strange old man are telling.  Edmund “wanted to laugh” at his appearance. Peter sees opportunity to “do anything we want.” Susan thinks him “an old dear.” Lucy is “a little afraid” owing to his odd appearance (an “honest” response, given her age).  Edmund makes fun, Peter makes plans, Susan is sentimental, Lucy is scared.

When Lucy returns from her first visit to Narnia, she’s concerned the others will have worried and is excited to share her amazing experience.  Peter’s response is condescending and dismissive. Edmund (again) pokes fun.  Susan goes the wardrobe but finds all as it should be.  When all four do make their way to Narnia, noble Peter is quick to apologize, and when scheming Edmund is tripped up by his deceit he’s harshly treated by his brother.  Lucy is equally quick to forgive and forge ahead.  Nurturing Susan looks out for everyone’s welfare by suggesting using fur coats to stave off the cold.

The presents each receives from Father Christmas also reflect their characters and equip them for the coming struggle:  Peter’s sword and shield; Susan’s bow and horn, Lucy’s cordial and dagger.  Edmund, not present to receive one, will receive his great “present” directly from Aslan himself after he’s been rescued from the Witch’s deceptions.  When the Witch demands the boy’s life in keeping with “the Deep Magic,” Aslan steps in. As the great Lion engaged the evil Witch, Edmund stood by his side, “looking all the time into his face.”  Susan presses Aslan to “do something about the Deep Magic” that would sacrifice Edmund’s life, urging him to “find something to use against it.”  Peter “stood with his back to the others, looking out at the distant sea.”  Lucy, most wronged by her brother, cries out his name in pity.  Susan would win the day by craft.  Peter has turned away, perhaps wondering if justice should prevail.  Lucy’s cry begs for mercy.  Edmund, finally on the right side of things, is saved by grace.